The Life of James Abram Garfield, Late President of the United States 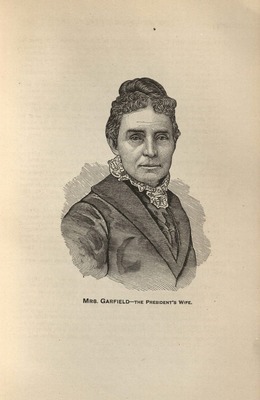 This first edition of The Life of James Abram Garfield was published following his assassination in 1881. Garfield, whose presidency began in March 1881, was shot in July of that year, resulting in an incapacitating illness that kept the country on edge until his death in September. First Lady Lucretia Garfield, pictured here, was the object of an outpouring of national sympathy. Born in Ohio, she was from a progressive family and attended Western Reserve Eclectic Institute. She taught briefly before marrying the future president. Lucretia Garfield continued her duties as First Lady through the summer of 1881, and lived until 1918.