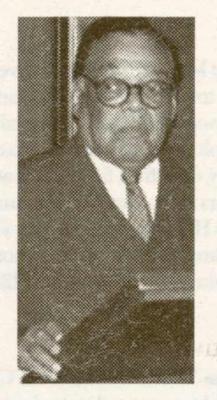 A Guiding Light You May Have Missed: William T. Coleman, Jr., by David Byassee

On March 17, 2004 our faculty presented William T. Coleman with the Marshall-Wythe Medallion, an honor annually bestowed upon an outstanding leader of the legal profession. While visiting to receive this award, Mr. Coleman joined students for an informal luncheon prior to delivering a lecture entitled "Years 2004-2009: Challenges."

The Marshall-Wythe Medallion is no modest award; it has previously been bestowed upon multiple Supreme Court Justices. However, after learning that Mr. Coleman was awarded the Presidential Medal of Freedom, "the highest honor given to civilians," by President Clinton, I could not help but feel as though ours was a humble token of appreciation.

Living a life one ' commentator defined by the word "achievement" in both the private and public sectors of the law, Mr.Coleman exemplifies the "citizen lawyer" the Marshall-Wythe School of Law tries to inculcate. Not surprisingly, one of the first things he did when meeting with students was to urge that the wonderful opportunity of attending law school be taken advantage of. Crediting law for allowing the peoples of the world to live in a civilized manner, Mr. Coleman emphasized that general understanding of a broad range of subject matter was a prerequisite to vision capable of coping with the unfathomable challenges our future holds.

Much like the rest of his life, Mr. Coleman's lecture fol lowed his bark with bite. Peering down from a bird's eye view across the spectrum of American life, his lecture began by explaining a great generation of public servants is reaching retirement age and needs to be replaced with people who have similar zeal, talent, and commitment. Next tackling the social security system, he explained that the system made more sense at

the time of. its inception than it does now, but due to the powerful senior vote it has remained substantially the same through times of social change. Moving to education and race, Mr. Coleman discussed the problem of deteriorating school districts in urban and rural communities, and noted that the rate of blacks graduating from college today is only twenty percent of those incarcerated. "Race is still a burning issue in the United States," said Mr. Coleman, explaining part of the problem is that the black middle class has failed to reach out to the urban poor. That said, he pointed to how the nation has progressed to where the President is advised in matters of national security by Colin Powell on his left and Condoleeza Rice on his right.

Shifting focus to labor forces, Mr. Coleman shared his concern that unionization was falling by the wayside, and although that might be the way of the future, there appears to be no clear focus on the future role of the American worker. On the topic of globalization, he stressed that the developing global community is creating change in the landscape of politics. That being so, Mr. Coleman urged for diversification and internationalization of education. Referring to comments by Bill Gates, he emphasized that within ten years the technology of today will look like horse and buggy, which will create unforeseeable challenges.

The theme of generalization as opposed to specialization was captured in a metaphor: a botanist lost sight of the forest while paying too much attention to the oak tree. The expectation is that a diverse educational background will enable the public to engage in and benefit from debate on the merits, and not merely be moved by sound bytes. The final message carried by this monumental man who spoke with a grandfatherly gentleness was "think big!"