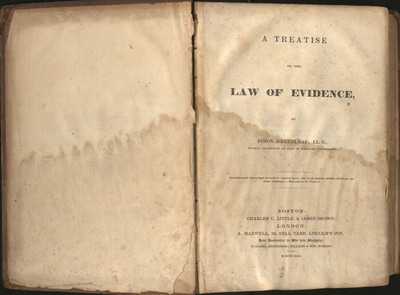 Simon Greenleaf (1783-1853) was a lawyer and major contributor to the field of legal apologetics, in which legal scholars used their training to defend religious doctrines. He published his Treatise on the Law of Evidence (1842) while a professor at Harvard Law School. It was one of the first American treatises on evidence and became a standard work through the rest of the 19th century.