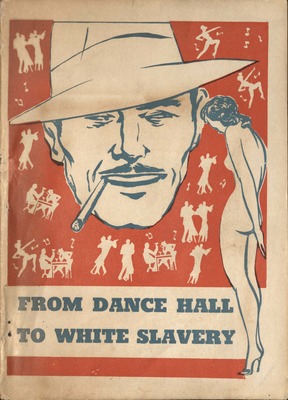 This is a 1943 edition of a 1912 book that warns young white women against the dangers of drinking and dancing as predisposing them to being forced into prostitution. The turn of the century had seen increased immigration, a higher concentration of people in urban areas, and increased independence of young, unmarried working women. A myth formed that sex work was the result of organized bands of foreigners forced young white women into prostitution. The 1943 reprint corresponded with increased anxiety about prostitution around military bases during World War II.