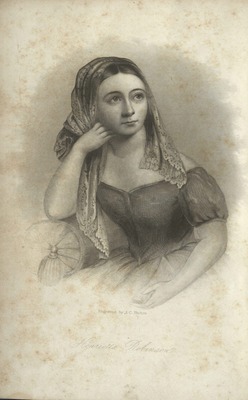 Nineteenth century American society idealized moral, pious women, and so, "murderesses," who broke these ideals captivated wide audiences. Such was true of Henrietta Robinson, nicknamed "The Veiled Murderess," whose 1854 trial was the subject of popular interest. She poisoned her neighbors in a drunken act of revenge. Robinson carried with her an air of scandal and mystery. Her identity was uncertain, she dressed lavishly, behaved erratically, possibly had an affair with a state Canal Commissioner, and kept her face veiled through her trial. She was found guilty and sentenced to execution, but was granted a reprieve and lived to be elderly. Newspapers continued to publish articles about her and interviews with her until a few years before her death in 1905.