The Jewels of Virginia : a Lecture, Delivered by Invitation of the Hollywood Memorial Association in Richmond, January 18, 1867 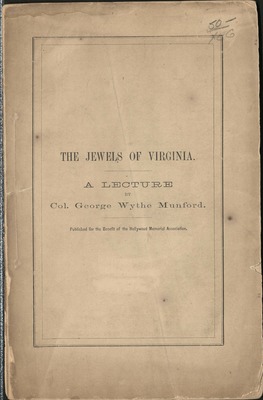