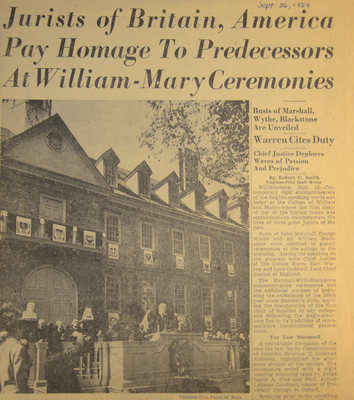 On September 25, 1954 the Law School celebrates the 175th anniversary of its founding, as well as the forthcoming bicentennial of John Marshall’s birth, with the "Marshall-Wythe-Blackstone Commemoration Ceremonies." The distinguished assembly includes Chief Justice of the United States Earl Warren and Lord Goddard, Lord Chief Justice of England. A series of symposium lectures are held the following year.