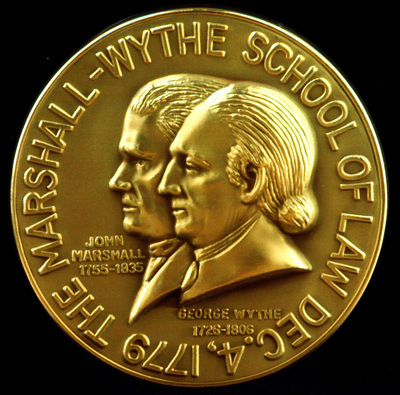 Cross to Give Law Lecture

With a special lecture by the latest successor to Sir William Blackstone and a national meeting of legal historians, the public bicentennial ceremonies of the Marshall-Wythe School of Law will conclude this coming weekend.

This will be the third of a series of major events in observance of the Law School's 200th anniversary, which included Charter Day ceremonies last February and a Law Day program last April.

Sir Rupert Cross of All Souls College, Oxford, will deliver the annual George Wythe Lecture, which has been designated the official bicentennial address, Friday evening, Oct. 26, at 8 p.m., in Millington auditorium. His subject will be the work of the first two Vinerian professors of English law, Blackstone (1758-66) and Sir Robert Chambers (1766-77). The Vinerian chair of law at Oxford and the professional training in the Inns of Court in London were models for the chair of law at William and Mary established Dec. 4, 1779, during the governorship of Thomas Jefferson.

The American Society for Legal History will be meeting Friday and Saturday, at the Hospitality House.

On Thursday, the Marshall-Wythe chapter of the Supreme Court Historical Society will sponsor a reception for Professor and Mrs. Cross in the Botetourt Gallery of the Earl Gregg Swem Library from 3-5 p.m. in cooperation with an open house by the Institute of Early American History and Culture.

The Thursday reception will also be an "official" opening of the special bicentennial exhibit on legal education at the College, which will be featured in the library's J. Edward Zollinger Museum for the next two months. The museum display will be open for a special showing Friday evening following the Cross lecture.

Dr. Stanley N. Katz of Princeton, president of the American Society for legal history, and Mrs. Betty Crites Dillon of Washington, D.C., executive director of the Supreme Court Historical Society, will represent the national organizations. Local arrangements have been handled by Dr. Charles Cullen, associate editor of the Papers of Thomas Jefferson and formerly editor of the Papers of John Marshall, and Dr. George Curtis of the Marshall Papers.

To provide general background information on the Vinerian Professorship of English Law, in advance of the Cross lecture, a supplementary exhibit on the Oxford chair is on display in the law school building. This exhibit includes photographs and short sketches of the dozen scholars who have held the chair first endowed by Charles Viner, author of an encyclopedic abridgment of common law, in 1758.

"In many respects, the Oxford chair of law has had a history comparable with the William and Mary chair," says Dr. William F. Swindler, John Marshall Professor of law, emeritus, at Marshall-Wythe. Swindler is in charge of the concluding activities for the College's" legal bicentennial, including the program for the coming weekend.'One of the principal remaining bicentennial projects is a three-volume history of the "Americanized" English common law and its pioneer instruction at the College. The University Press of Virginia is to publish the volumes, with Swindler and Cullen as the principal authors, in 1980.